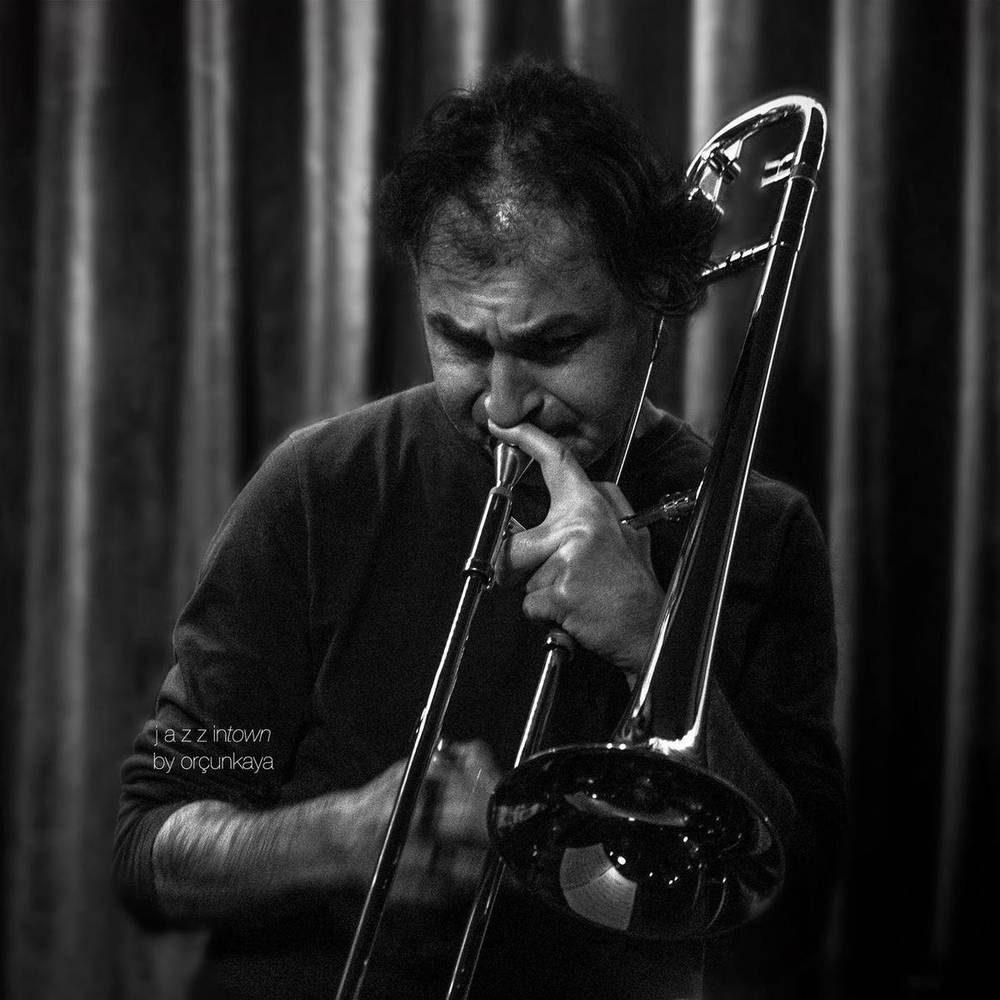 Emre Kayhan was born in England in 1970. He started his musical trainings by playing the mandolin at the age of 7 and guitar at the age of 9. He got accepted to MSU State Conservatory Trombone Department. He worked with Ziya Polat, Aycan Teztel and Sezai Tarakçı respectively. He played at the plays of Istanbul State Theatre “The Threepenny Opera” by Brecht and “West Side Story” by Bernstein in 1988-89 and 189-90 seasons. He attended concerts and tours for a month with International Symphony Orchestra for the International Music Summer School organized by Bilkent University in July of 1989. After graduating from high school in 1990, he started getting his bachelor’s degree from Royal College of Music. He completed his first year with a special scholarship from England Queen Mother. He played at the Royal College Big Band conducted by Don Lusher. He played in various professional and amateur symphony orchestras and big bands in England between 1991 and 1993. In 1993, with an invitation of Prof. Paul Schreckenberger, he trained with him for six months at Mannheim Hochschule für Musik as a guest student. In 1997, he graduated with a bachelor’s degree from MSU State Conservatory by working with Sezai Tarakçı. He was the first trombone in CRR Symphony Orchestra between 1996 and 1997. Between the years of 1996 and 1998, he played with Kerem Görsev in different jazz clubs, Istanbul Jazz Festival and in two of his albums. He attended Steve Turre workshop in 1996 and played with him. In 1996, by getting a Master scholarship, he worked with Prof. Vern Kagarice for a semester at the University of North Texas. During the years of 2000 and 2001 he got a full scholarship from London Trinity College of Music and got his post graduate degree in jazz. During these years, he worked with Mark Bassey and played as a solo trombone player in the Trinity Big Band conducted by Bobby Lamb. He conducted Trinity Big Band at the Henley Festival. He played with small bands at Queen Elizabeth Hall. He assembled his own quintet with Rory Simmons and Jerry Haglund. He played at Hot Orange Big Band. In 1998, he played at Stockholm Jazz Festival with EBU Jazz Orchestra along with two concerts with the same orchestra in Budapest in 2002. He took part in Istanbul Jazz Festival in 2003 with a band he assembled called 4Bones and in 2005 with Neşet Ruacan Quartet and special guest Claudio Roditi. He played as a special guest in Ricky Ford Big Band and Octet, CRR Big Band, Erkut Taçkın Band, Önder Focan Deep Purple Project, Nail Yavuzoğlu All Star Band, Melis Sökmen Band, Andy Davies Quartet. He took part in trombone and guitar duo projects and concerts between the years of 2003 and 2008, with Cem Nasuhoğlu and with Neşet Ruacan in 2009. He is still playing in Umut Pelit Band, and in with his own bands called Funkbones and Funk-tet and Emre Kayhan Quintet with which he plays jazz standards and his own compositions. In 2006, he had his own program at TRT Radio 3 called “Just Jazz”. He attended EBU Jazz Producers meeting in April 2011 in Talinn and Helsinki. His own composition called “Rush to Clear Hurdles” was played in the movie “Kusursuzlar” directed by Ramin Matin that won the best movie and best director awards. In 2015, he played lead trombone at Hugh Jackman Show Istanbul which was staged for three nights. He played at International Istanbul Jazz Festival with Roy Hargrove, Roberta Gambarini and Allan Harris in TRT Jazz Orchestra in August, 2016. He played at jazz clubs in Istanbul, Ankara, Stockholm, Frankfurt, London and Budapest. He’s been working as a trombone player at TRT Istanbul Radio Soft Music and Jazz Orchestra since 1995. 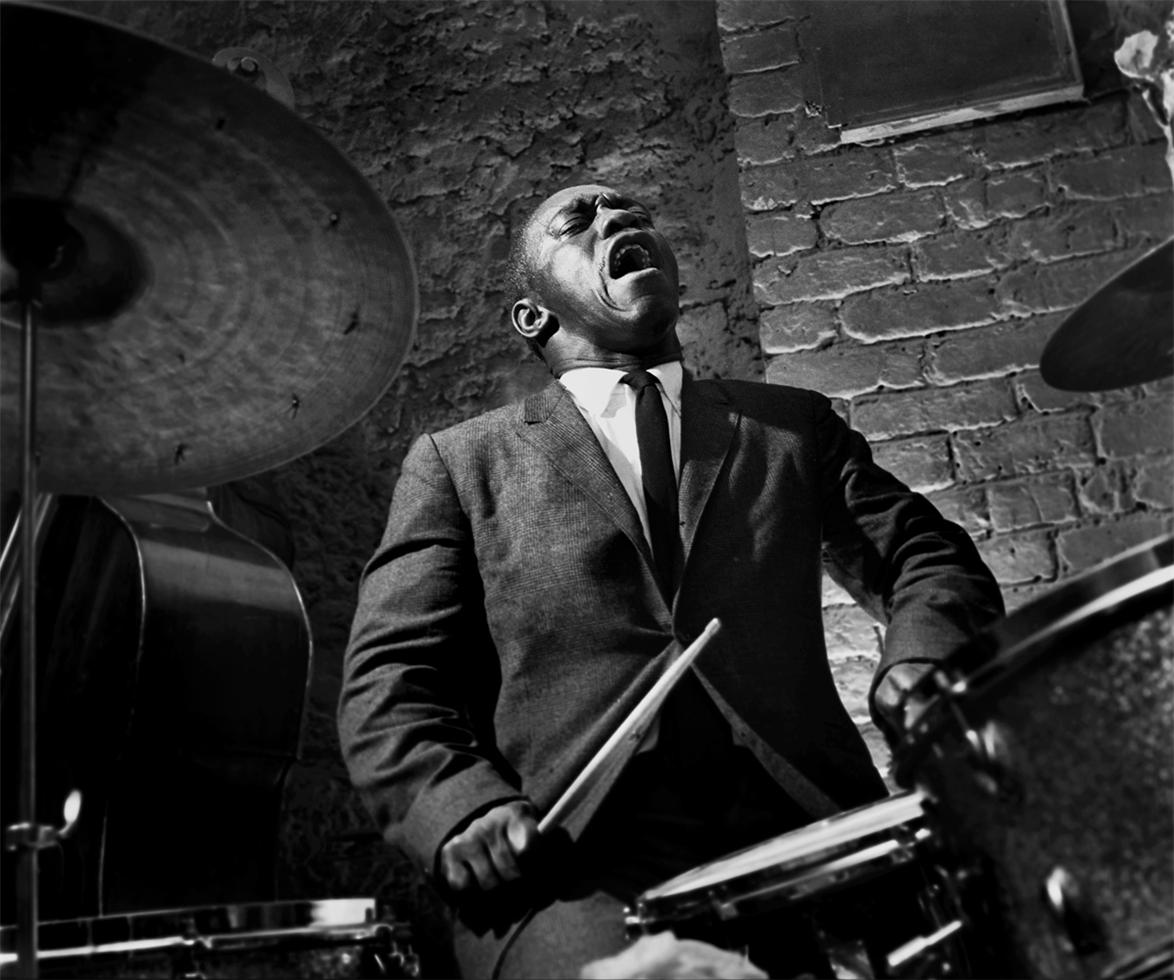 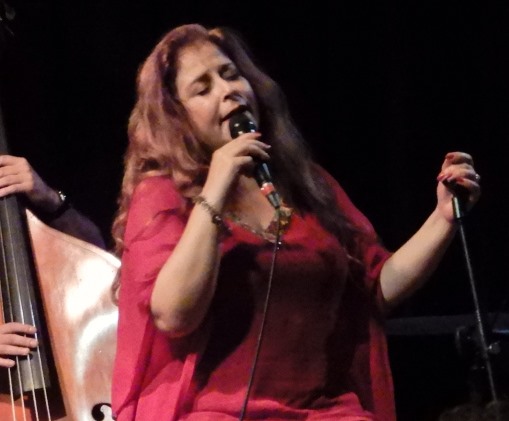